Models are tools which help to assess the positive and negative impacts of a low-emission pathway for the country. Interview questions formed the basis for a series of model runs to obtain a better understanding of the implications of the energy efficiency pathway in Poland. The goal of the model run was to shed light on the macroeconomic impacts of investment in energy efficiency in Poland in the built environment. 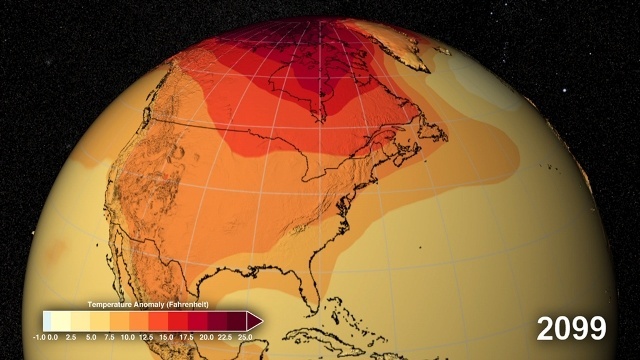 The TRANSrisk project focuses on how pathways towards a low-emission future can be achieved within the domestic contexts of countries. For such analyses, the project can use both quantitative and qualitative analytical tools. Models are an example of the first type of tools which help to assess the positive and negative impacts of a low-emission pathway for the country, thereby assuming implementation of low-emission options (such as technologies) at a certain scale. Qualitative tools help to assess aspects that are more difficult to quantify, and therefore often not covered by models, while still being important for the eventual success of a decision. An objective of TRANSrisk is to integrate quantitative tools with qualitative tools for improved analysis.

To practice with the qualitative tools, the TRANSrisk project team organised a mock stakeholder workshop in Athens on 9-10 March 2016. One of the goals of the mock workshop was to practice with an analytical approach to address a research question by using stakeholder consultation tools in combination with a modelling tool. The workshop tested how inputs, views and questions formulated by stakeholders based on the research question could be formulated as subsequent research questions for a modeller to address in several model runs. For example, a stakeholder may express concern that a low-emission solution leads to job losses in a certain sector of the economy and argue that that effect is unacceptable. A model run could analyse the estimated employment impact of the solution, which is then communicated with the stakeholder to better inform their decisions. Moreover, the mock workshop aimed to test whether such a combined stakeholder consultation and modelling approach could be done within the timespan of a one, or two, day workshop, or whether more time would be needed between the stakeholder consultation and the results of the model run(s).

To illustrate the approach, the case of an energy efficiency enhancement pathway in Poland was taken, using H-Form as qualitative tool (H-form is a stakeholder consultation tool to organise a discussion around a research or policy question or statement. Stakeholders are then asked to respond to this, whereby negative answers are collected to the left of the question/statement (e.g. on a flip-over paper) and positive answers to the right, which results in an H-form. Based on the answers additional research or policy questions can formulated for further discussions) and the MEMO model as quantitative tool (MEMO is a large scale, multisector, dynamic stochastic general equilibrium model that was constructed by the Polish institute IBS for climate policy assessment).

For the sake of illustration and practice, TRANSRISK partners were given roles of Polish stakeholders. Each stakeholder role was described in a profile in terms of policy preferences and position on climate change. As described in further detail below, using the H-Form and starting from a general research question about the pathway, several specific questions were formulated. These questions formed the basis for a series of model runs to obtain a better understanding of the implications of the energy efficiency pathway in Poland. The model outcomes were presented to ‘stakeholders’. The outcomes of each step are discussed below. Please note that the set-up of the workshop and viewpoints expressed were only for the sake of illustration, and do not necessarily represent formal positions of Polish public and private sector stakeholders.

Stakeholder involvement during the workshop

During the first session of the workshop, TRANSrisk partners, in their role of Polish Stakeholders, were presented with the context of the Polish case study. Subsequently, participants were asked to play the role of Polish stakeholders representing various ministries, NGOs, trade unions, employers’ organisations and banks. Stakeholder profiles were presented, including positions on energy efficiency and climate change and specific issues that individual stakeholders find important, such as employment, balanced budgets and (international) competitiveness.

TRANSrisk partners, acting as stakeholders, were then asked to evaluate one transition pathway for Poland which focused on energy efficiency. Specifically, the participants were asked the following question:

“Should energy efficiency (in buildings, industry, grid infrastructure) be promoted and a priority within the national (energy) agenda in Poland?”

This question was deliberately formulated in a relatively broad sense to invite a wider range of views, which could then be narrowed down into more specific questions to be addressed by the model. Additionally, the term ‘low carbon’ was avoided in the question, as there was an acknowledgement that pushing the climate change agenda would alienate some stakeholders; thus more ‘neutral’ terms were used in order to initiate a more constructive discussion.

The comments in favour (‘positive rationales’) of promotion of energy efficiency investment in Poland included:

The concerns (‘negative rationales’) about the investment included:

Eventually, based on the H-Form discussion, the following modelling questions were formulated:

The goal of the model run was to shed light on the macroeconomic impacts of investment in energy efficiency in Poland in the built environment. Based on the questions derived from the H-Form discussion, the model was set up to examine the effect of investment in insulation of buildings on GDP, employment, energy prices and energy expenditures (questions 2-5 from H-Form).

For the simulation, we used the technology option of building insulation, which was proposed by Polish experts from the Polish National Energy Conservation Agency (KAPE) prior to the workshop. The experts specified the size of desired investment, resulting in energy savings and the level of subsidy which is required to incentivise the investment (question 1 from H-form discussion).

The outcomes of the first simulation are depicted in Figure 2 and Figure 3. The results are presented as deviations from the baseline (business as usual) scenario. Deviations of GDP, consumption, investments and energy spending are expressed in terms of baseline GDP (Figure 2). Deviations of employment in each sector (Figure 3) are expressed in terms of the total size of the population. The simulations were performed for the period 2016-2050 (for each quarter of a year).

The results were presented to the participants of the workshop together with a narrative describing some key causal mechanisms driving the macroeconomic outcomes.

In addition, a simple sensitivity analysis was presented: we considered a scenario in which labour is not able to freely flow between sectors (this exercise involved changing the value of the parameters of the model). Such a scenario is motivated by recent studies in labour economics which show that the major structural changes (such as globalisation) cause a surprisingly sluggish movement of labour between sectors (Autor, Dorn, & Hanson, 2016) (Tyrowicz & van der Velde, 2014). The results of the simulation under this scenario are presented in Figure 45.

As can be seen in Figure 2, an immediate strong impact of the building insulation programme is, next to a logically much higher energy efficiency investment and total investment levels, that spending money on building insulation clearly goes at the expense of consumption. Energy spending becomes clearly lower than without a building insulation programme, to only partly recover in the longer run. The programme will in the short run lead to a lower growth rate of gross domestic product (GDP), compared to business-as-usual, to be followed an acceleration of growth in the longer run.

Employment will become higher because of extra jobs required for the retrofitting work. Zooming in on the employment, as is done in Figure 3, shows that the positive employment impact of a large-scale building insulation programme in Poland is mainly because of extra job creation in construction work. Figure 3 also shows that employment levels in all other sectors of the economy will be lower than without the insulation programme.

The combined application of H-Form and the MEMO model worked well in the sense that specific modelling questions could be derived from the stakeholder consultation. An important intermediate step was the dialogue between the stakeholders and modeller, because stakeholders’ rationales may not be directly suitable as modelling question. It is therefore of key importance that the modeller is present at the stakeholder workshop. A facilitator with basic knowledge of the model can help distil several specific questions that are suitable for the model, which the modeller can support. It is, however, important that stakeholders agree on how their rationales will be addressed by the model.

The approach of keeping the H-Form question relatively broad was successful, as it helped to collect a broader set of stakeholder views which could then be narrowed down into more specific questions for the model.

At the training workshop, it was possible to present the model results to the stakeholders during the second day of the workshop. Partners, in their role of stakeholders, took note of the results and asked questions for clarification. At the workshop, due to a lack of time, no session was organised to ask ‘stakeholders’ to revisit their position based on the model outcomes. While the feedback from the modeller to the partners, in their role of stakeholders, was very helpful, it also became clear that for the case study analysis in TRANSrisk this may be more difficult to organise, especially if the H-Form-derived questions require a calibration of the model. In that case, more time is needed between the H-Form discussion and presentation of the model results; for example, two workshops may be needed with H-Form discussion taking place at the first and the model results presented at the second.

this article is part of a deliverable on the Complementarity of Quantitative and Qualitative Analytical Tools, prepared by the TRANSrisk project.