Skip to content
» Transitions in the electricity system: Germany and the UK

In this article, we analyze empirical and ideal scenarios for electricity system transitions in Germany and the UK through Multi-Level Perspective (MLP). 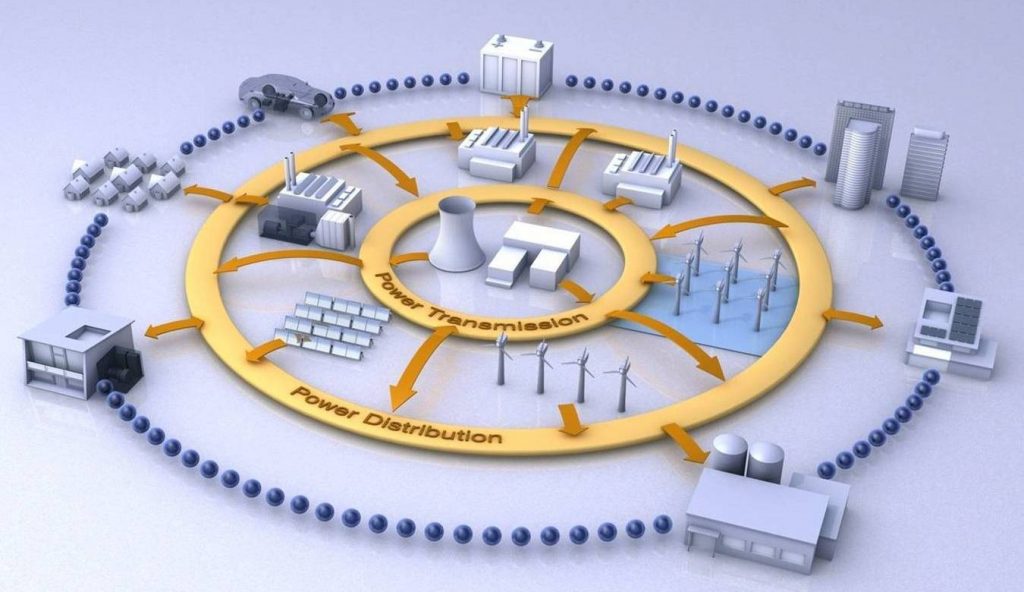 The Domain report 1: The German and UK electricity system has been prepared by Frank Geels, Andy McMeekin, Mike Hodson (University of Manchester, UK), and Karoline Rogge (Fraunhofer ISI, Germany). The report (part of Deliverable D2.4) can be downloaded from the PATHWAYS project website: Deliverables page.

The report provides a longitudinal analysis of the transition of the German and UK electricity generation system for the period of 1990 until 2014.Both countries can be seen as frontrunners in the low-carbon electricity transition. Both countries have developed ambitious electricity transition plans. Following the 2011 Fukushima nuclear accident, the German government adopted an official energy transition strategy, the Energiewende, which included a nuclear phase-out by 2022 and renewable electricity goals of 35% by 2020, 40-45% by 2025, 55-60% by 2035 and 80% by 2050. The 2008 UK Climate Change Act committed to 80% reduction of greenhouse gas (GHG) emissions by 2050. The UK Low Carbon Transition Plan (2009) articulated a target of 30% renewable electricity by 2020 and almost complete decarbonisation of electricity by 2030. Both countries have made some progress, with the contribution of renewables to power generation increasing between 1990 and 2014 from 3.6% to 26.2% in Germany and from 1.9% to 19.1% in the UK (Figure 1).

Differences in the transitions pathways pursued by both countries can be explained, among others, by focusing on the kinds of transition pathways pursued and their enactment. Until recently Germany followed "pathway B" (broader regime transformation) for which it utilised small-scale technologies (solar- PV, biogas, small onshore wind). These competed with regime technologies from which they deviated in terms of knowledge base and operational principles (decentralised). This pattern is explained by the other two categories (actors and institutions). German renewable energy deployment was enacted by radically new entrants (citizens, cooperatives, environmental activists, farmers, municipal utilities), who preferred small-scale technologies and, in the first period, were inspired by social, environmental and anti-nuclear motivations. Later, financial motivations gained importance. Support coalitions for renewable energy deployment also included industrial associations from the metal and machine-building sector, manufacturers, and policymakers interested in green jobs. The 1990 Feed-in-Law offered protection for new entrants and small-scale technology deployment (mainly wind), while the 2000 EEG stimulated wider diffusion, thereby ‘unleashing’ new entrants.

In contrast, we argue that the UK followed "pathway A" (technical component substitution), in which renewable energy deployment was mainly enacted by incumbent utilities, professional project developers and other corporate actors, motivated primarily by commercial motivations and regulatory compliance. Renewable electricity policies focused on incentivising incumbents to deploy renewables rather than enabling new entrants. In fact, various auction and trading schemes created barriers for new entrants. Policy instruments were also less stable and more complicated than in Germany, which favoured incumbents with larger balance sheets. The 2010 Feed-In-Tariff, the 2013 Solar PV Strategy and the 2014 Community Energy Strategy are recent add-on policies, aimed at small-scale renewables which were, however, only half-heartedly pursued and therefore only complement rather than disrupt the focus on large-scale options (nuclear, offshore wind, up until recently also CCS). These two categories (actors and institutions) help explain why renewable electricity mainly comes from large-scale renewables, which required new technical knowledge, but fitted with centralised operational principles and business models of incumbents.

Further analysis showed that the German transition recently shifted from a ‘stretch-and-transform’ substitution pathway to a ‘fit-and-conform’ pathway, because of shifting political priorities in the wake of the unfolding transition and rising concerns over deployment costs. This is leading to adjustment of the instrument mix towards reduced support for renewables, the introduction of limits to their growth, and increased attention to integrating the rising shares of renewables into the energy system and market. The UK transition gradually shifted towards deeper transformation and reorientation patterns, as the instruments became stronger and more interventionist. However, recent politicization of cost concerns and weakening renewables policies may trigger a shift back to a less substantial transformation pathway.

Regarding future developments, we suggest that German renewable electricity will continue to expand, because of continued high public legitimacy and an economic support base. Such expansion will require successful market and system integration of renewables. However, the foreseen slower rate of expansion runs the danger of overcapacities in the renewables industry, e.g. in onshore wind, implying a need for greater attention to industrial policy concerns in the further management of the energy transition. For the UK, we suggest that the 2020 renewable electricity target (30%) is likely to be met, because much political capital has been invested. But the recent downscaling of support is likely to slow down incumbent reorientation towards renewables. The UK’s commitment to low-carbon regime options carries serious risks of not meeting longer-term climate change targets, because nuclear plans already experience major delays (at least 5 years), shale-gas exploitation is more difficult than in the US (and conflicts with climate change targets), and CCS is still commercially uncertain and progressing slower than anticipated (which is further exacerbated by the cancellation of the foreseen CCS demonstration programme).

The Domain report 1: The German and UK electricity system has been prepared by Frank Geels, Andy McMeekin, Mike Hodson (University of Manchester, UK), and Karoline Rogge (Fraunhofer ISI, Germany). The report (part of Deliverable D2.4) can be downloaded from the PATHWAYS project website: Deliverables page.

This article is an output of the EU-funded PATHWAYS project.

The overall objective of the PATHWAYS project is to provide policy-makers and other key stakeholders with better insight in on-going and necessary transition pathways for key domains relevant for EU policy. PATHWAYS focuses on a selected set of transition domains using a combination of linked scientific approaches.The PATHWAYS project will achieve this by means of the following concrete specific objectives: