Skip to content
» Towards the Renewable Energy Directive in 2030. Are biofuels the solution?

Biomass and its demand are growing for multiple uses, such as food for humans and livestock, biofuels, and biomaterials. So, the competition for the biomass itself, as well as that for the natural and socio-economic resources required for its production, is expected to worsen. The assessment of biofuels as an innovation has shown to be a complex issue and difficult to address with conventional modelling approaches for the following reasons explained in this post. 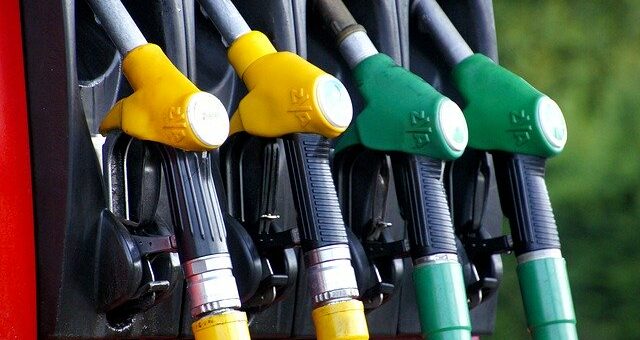 Demand for biomass is growing for multiple uses, such as food for human consumption, feed for livestock, biofuels and biomaterials. Hence, the competition for the biomass itself, as well as that for the natural (e.g. land, water or nutrients) and socio-economic (e.g. labour and capital) resources required for its production, is expected to exacerbate [1].

The Renewable Energy Directive (RED II) [2] sets stringent targets to promote the use of energy from renewable sources. Conventional biofuels have lost momentum due to their competition with food production and because of the contested energy and environmental benefits [3]. Advanced biofuels emerged to tackle the issues encountered by conventional biofuels. However, they have shown severe limitations to scale into productive and viable commercial facilities, among other problems. In this context, production and use of first generation biofuels still dominate (Figure 1).

Fig 1. Feedstock used for the production of biofuel consumed in the European Union, according to its origin (year 2016). Source: Ecofys, 2019.

The challenge to assess biofuel performance

The assessment of biofuels as an innovation has shown to be a complex issue and difficult to address with conventional modelling approaches for the following reasons:

First, and despite the legal definition of biofuels within the EU (Article 2 in the RED), the term biofuels remains malleable. Hence, policy discourses around biofuels have been muddled by the ambiguity of the terms and definitions [4].

Second, the production of energy from biofuels is difficult to assess, because i) differences in the definition of the “biofuels”, the context in which they are produced, and in the selected production process lead to large discrepancies in production potential; ii) the production and supply chain in Europe is heavily intertwined with international trade, which complicates the assessment ; and iii) estimations using the “double-counting” incentive for advanced and ‘other’ biofuels confound comparisons [5]. Hence, not surprisingly, there is still a debate as to whether production of biofuels is a net supply or a sink of energy.

Third, the environmental and economic impacts of biofuel production are virtually impossible to measure: i) there are multiple technologies and production routes, several of them still under development; ii) there is a lack of technological infrastructure to produce advanced biofuels in the EU, so records on a production at commercial scale are not (yet) available; iii) assessments of the greenhouse gas emissions from indirect land use change (ILUC) are subject to large doses of uncertainty; and iv) the production of biofuels is linked to multifaceted impacts that occur simultaneously and are linked to each other in a nexus (such as the use and consumption of biophysical and socio-economic resources) [1].

Last, the use of biofuels, and ultimately the use of biomass, has been governed from different policy domains, and is the result of a series of events and policy processes. Biofuel production has been and still is a largely subsidised economic sector, the justification of which has not always been transparent [5]. Hence, its governance has become increasingly difficult.

If an aim of the RED-II is to decarbonise the transport sector, biofuels, both conventional and advanced, present several limitations that will be difficult to overcome in the short term. Other pathways to decarbonisation need to be seriously considered.

This article is an output of the MAGIC project and has been published as a policy brief in February 2020. It is available from our MAGIC project website: https://magic-nexus.eu/documents/towards-renewable-energy-directive-2030-are-biofuels-solution. MAGIC is funded by the European Union’s Horizon 2020 research and innovation programme under Grant Agreement No. 689669. This work reflects the authors’ view only; the funding agency is not responsible for any use that may be made of the information it contains.

MAGIC’s objective is to open the path towards a new way of managing the Nexus in which researchers and decision makers work together in the search for development strategies that can contribute to the smart, sustainable and inclusive economic growth required by the EU 2020 Strategy, while maintaining a leading and informed participation in international discussions about global issues, like climate change or food security. In order to do so, MAGIC deploys a set of novel, cutting-edge and system-oriented approaches that originates from system ecology, bio-economics and Science and Technology Studies. Their combination allows MAGIC to highlights if a certain mix of EU policies results in undesirable or unforeseen outcomes. Climate, water, land energy, and food modeling are integrated into a socio- and bio-economics framework using an iterative and participatory method. Significant care is taken to embed these ideas and approaches within the advisory and decision making functions of the European Commission.